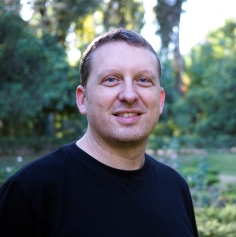 I am interested in the origin, distribution and conservation of biodiversity. My research interests are at the interface of biological conservation, biogeography and evolutionary biology. More specifically, my research program integrates knowledge and methodologies from various scientific fields to understand the evolutionary processes that gave rise to current biodiversity patterns, how biodiversity respond to global changes, both ancient and recent, and how biodiversity can be conserved given current and future challenges. My research has mainly focused on freshwater biodiversity, specially working with water beetles as model system.

– Effects of current and past climate change on species distributions and genetic diversity.
– Understanding the factors that contribute to the introduction and establishment success of non-native species.
– Biogeography and ecology of aquatic insects.
– Efectiveness of protected areas in conserving freshwater biodiversity.
– Setting conservation priorities for species and areas.